Since the very beginning of the PCI DSS, there has been the ability to put in place a compensating control for any requirement. Compensating controls are a type of internal control where the entity uses an alternative method to achieve the same result. They are used where there is a technical or business constraint that prevents meeting the stated objective and are a means to mitigate the risk of the original requirement.  It can be a very complex topic, so I’ll break this discussion down into the guidelines to use, the process one would follow, the aspects of the documentation and lessons learned along the way.

Appendix B should be reviewed before you get started, its valuable guidance. The key bullet points are:[1]

Let’s break these down. The first one, “The compensating control must meet the intent and rigor of the original PCI DSS requirement,” means it has to be able to stand on its own as a viable control to meet your PCI DSS requirements.  For example, if systems are not loaded with critical patches throughout a change moratorium during the holiday season, and you have controls in place to enhance logging, enhance access controls, immediate file change notifications and intrusion protection. Those controls are to address the additional risk of not patching systems in a timely manner. They must be running, configured and in place at the time you stopped normal patch management processes. Also, evidence of the implementation of the compensating control must be documented at that time.  You can’t “back date” evidence to meet your PCI compliance later when you’re in the annual assessment.

The second procedural statement, “Provide a similar level of defense as the original PCI DSS requirement, such that the compensating control sufficiently offsets the risk that the original PCI DSS requirement was designed to defend against,” can’t be overstated. Whatever it is you put in place in lieu of the original control can’t lower your overall risk and leave you exposed to attack.  Information security is all about defense in depth. If you lower your defensive posture by putting in place a control that does not cover the risk, the control you put in becomes a risk in itself.

Third, “Be ‘above and beyond’ other PCI DSS requirements…” Simply being compliant with other PCI DSS requirements is not a compensating control.  The writers of the PCI DSS have a specific goal in mind and each requirement is written to address the intent of that goal. Your compensating control must address the risk that the original requirement is designed to cover. What does “above and beyond” mean? It means you can’t rely on your existing controls to cover where you’re imploring alternative means to meet compliance.  You must put additional controls in place to ‘overcompensate’ for the lack of the original control.

The last procedural statement, “Be commensurate with the additional risk imposed by not adhering to the PCI DSS requirement,” means the compensating control has to be of equal effectiveness as the original control.

So how do you get a compensating control done? I would say it’s fairly straightforward, just fill out the form found in Appendix C, but that is an oversimplification. The CCW is embedded in the Report on Compliance, RoC, in Appendix C.  The RoC template has an example which can be found at the bottom of Appendix C to help guide you.  The author of the CCW writes in the column, “Explanation” to address the “Information Required.”

I make writing the CCW a collaborative effort between myself and the client. Some QSAs write the CCW themselves, but I prefer to have the client partner with their input. The CCW has a validation step that requires the QSA/ISA to review/test the alternative controls to make sure they are operating properly. The QSA/ISA documents in the RoC their response on the review/test steps taken to validate the alternative control.

Which leads me to the form itself.[2] As mentioned, there are six “Information Required” areas to the form:

I’m going to add a few thoughts on what I’ve seen conducting assessments:.

Constraints tend to be the most interesting responses. The constraint really needs to be a concrete technical or business reason for not meeting the original requirement. As a QSA, I’ve read some to the effect, “We got behind and forgot to re-scan after fixing the vulnerabilities,” while others are more pointed, like “It will cost us $2M in order to comply with the original requirement, and we don’t have the budgetary expense at this time.” I’m showing these to you as there’s a fine line here between a valid reason, like the latter, and the former looking like they are simply non-compliant. Make sure you’re not trying to retroactively implement a compensating control when, in fact, the control is non-compliant.

Definition of Compensating Controls – This section should be written assuming the reader has never touched information security. The reason behind that is a sufficient level of detail needs to be there to fully explain the compensating control. For example, if extra logging is one of your compensating controls, go into detail of how that logging is going to take place, how it is going to be monitored and what actions will be taken in the event of an incident. This is not the time to say, “Trust me, I know it’s OK and protected.” There are many people who read the compensating controls downstream of the QSA/ISA. Providing sufficient detail in the CCW heads off rejection of the form and potential rework.

This blog just touches the surface of CCWs. As I stated at the top, compensating controls can be extremely complex in nature and result in a great deal of work to implement. As a closing comment, I want to share there is a school of thought that compensating controls have a short lifetime. The timeline being something like put a CCW in this year, budget for the fix next year, and implement the desired PCI DSS control the third year. While I’ve worked for companies that held that thought, it is not universally applied, mostly because of budgetary constraints. Compensating controls can be used year after year just as long as they are still required and still viable.

[1] These can be found in the PCI DSS v3.2.1 found at https://www.pcisecuritystandards.org/document_library

[2] Paraphrased from the PCI DSS v3.2.1 found at https://www.pcisecuritystandards.org/document_library

SecureTrust, a Sysnet company, leads the industry in innovation and processes for achieving and maintaining compliance and security. SecureTrust delivers world-class consulting, compliance and risk assessment services and solutions for the enterprise market as well as tailored merchant risk management programs and solutions for merchant program sponsors around the globe. 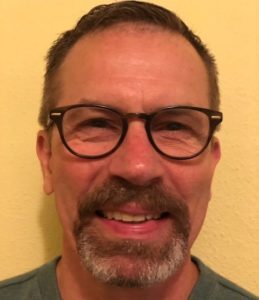 Drew Cathey has been a member of the SecureTrust team for five years and has been in IT for 35 years. Coming from a background in telecommunications IT operations, he has held positions in engineering, project management and IT security. Drew holds degrees in biology, engineering and an MBA in Information Technology management along with PMP, CISSP, CISA and QSA certifications. He resides in St. Petersburg, FL with his two children and enjoys running, bicycling and tennis.